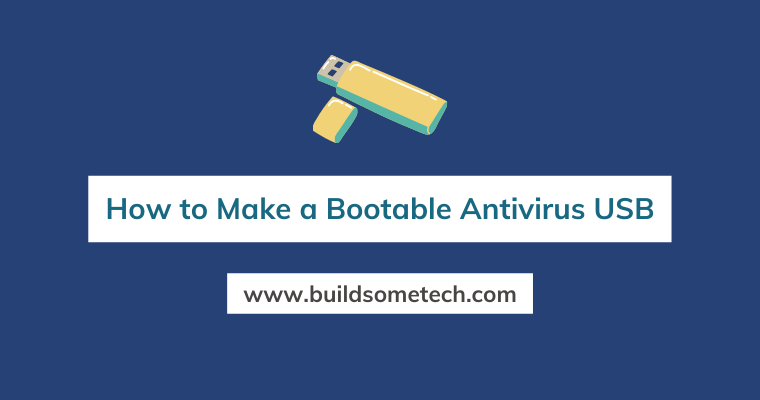 Malware attacks can be disastrous for a system, especially if your system contains a lot of essential files, which a malware attack can ruin. For protecting their system against malware or to remove them, most people use a robust security solution. However, some malware programs or codes can bypass the antimalware solutions and keep creating havoc by troubling the system files.

Popup malware such as Nbryb does not harm the operating system files and can be easily removed through an antimalware scan. However, some malware, such as Rootkits, can hide deep into the system and deceive the security programs, thereby harming the OS.

This is where Bootable Antivirus or Rescue Disks comes into play.

In this post, we would learn more about Rescue Disks and how to make a Bootable Antivirus USB drive.

What is Bootable Antivirus?

Every malware program needs to load in the operating system for execution. A Bootable Antivirus would perform the scan and catch the malware without even loading the primary operating system. It is also known as the Rescue Disk or USB. In this, the antivirus is packed in a bootable USB drive, and then the scan is performed. With a Bootable Antivirus USB stick, you can scan the hard drive and remove the hard to remove malware like Rootkits, which automatically loads itself on the OS startup. Since Bootable Antivirus does not require Windows to startup, the Rootkit will also remain inactive.

How is Bootable Antivirus beneficial?

Instructions for Creating a Rescue Disk?

To create a Rescue Disk, you need to fulfill the following requirements:

How to create a Bootable Antivirus USB?

Many antivirus manufacturers provide the Bootable Antivirus or the Rescue Disk for performing the virus scan from the boot menu. For this post, we would create a rescue disk of Avast Antivirus.

Here are the steps for that:

1. Download and install the Avast Antivirus program from its official site and then install it properly. It is available for free.

2. Launch the program, click on the Protection tab and choose Virus Scans. 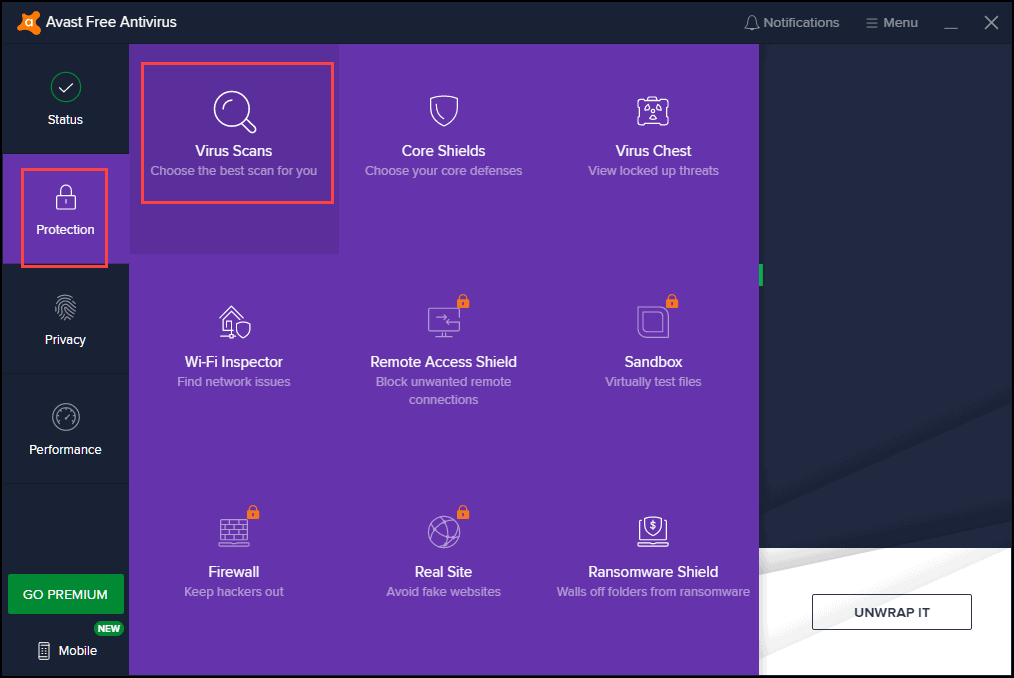 3. From the right side, select the Rescue Disk option. 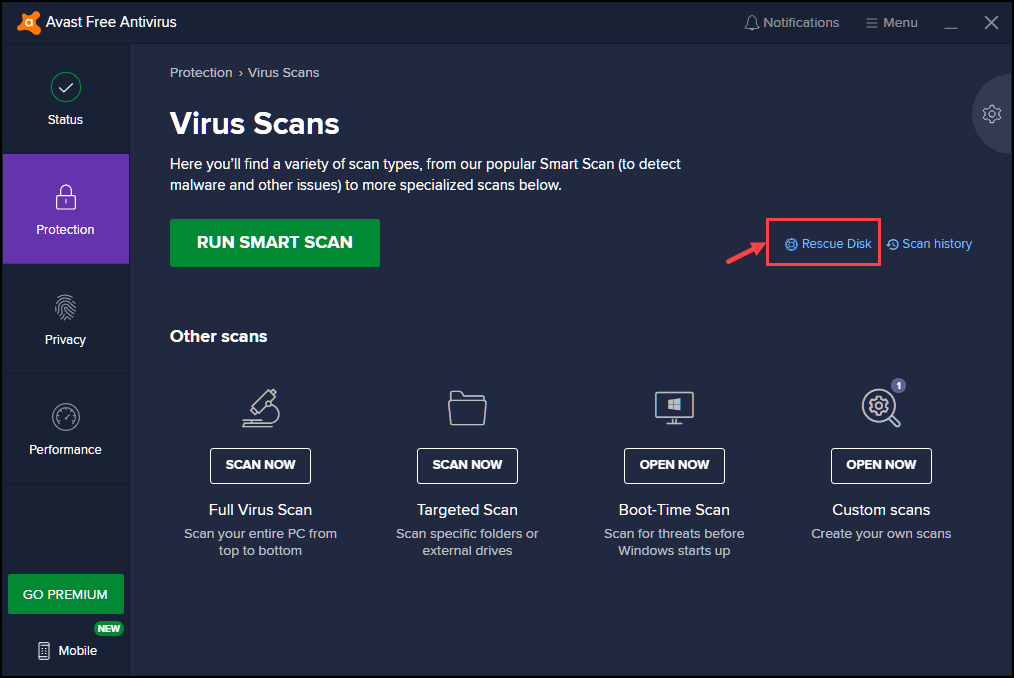 4. Insert the USB drive and choose the CREATE USB option on the Rescue Disk option. 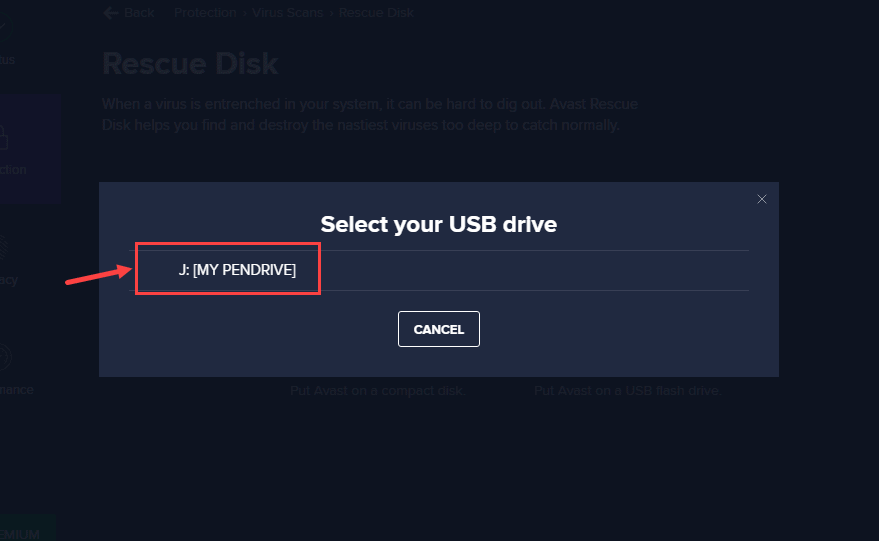 6. The Rescue Disk would begin creating. It would take some time for completion.

7. When the Rescue USB is created, click OK to finish.

How to Boot Up the PC with Bootable Antivirus Stick?

After creating the disk, you can now boot your infected PC with it. Follow these instructions:

1. Shut down your infected PC and insert the Bootable Antivirus stick into the USB port.

3. When the Boot Menu appears, select the USB device that contains the Rescue Disk. 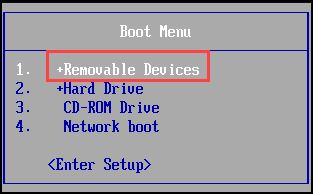 4. Next, press any key to start the Rescue Disk.

How to Scan your PC for Viruses?

To perform the scan with the Rescue Disk, follow these steps

1 Choose one of the options:

3. After the scan is completed, review the results, and delete the infected files.

A Bootable Antivirus USB drive can be beneficial to repair your computer that is shut down because of malware infection. However, it should be the last step and should be used only in case of emergency as it may cause data loss. Other than Avast, other popular antivirus manufacturers also provide the Rescue Drives such as AVG Rescue, Comodo Rescue, Kaspersky Rescue, and others. You can use any of them. Their installation process might be slightly different, but scanning is similar.