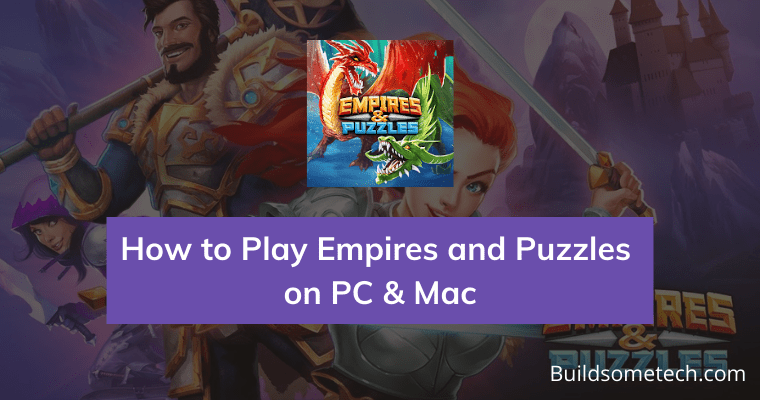 Want to play Empires and Puzzles on PC or MAC?

Empires & Puzzles is a multi-genre game, breaking barriers to bring something totally unique to the table.

That’s because it is! It’s fun when you solve the toughest puzzles and get down on the battlefield to save your empire!

Not just that, it also has some elements of collectible card games. As a result, it’s a more complex game than your standard mobile action or strategy games.

And that’s why It would be much more fun playing Empires & Puzzles game on your PC or Mac devices.

But before we dive in further, here is a quick tip for you.

Always, make sure you get into the game zone only after thoroughly understanding the features and gameplay. You can even watch some Youtube videos to get an overall idea about how the game is played. So, it’s always better to do some research or get some knowledge before you start playing the game.

Also, check out Games Like Grow Castle for Android and iPhone.

Now let’s move to the overview part of the Empires & Puzzles.

There’s actually a lot going on in the game. Not only you do take on the role of a character in the game, but you also have to spend considerable time managing resources. For example, you have to collect materials to build new battle items or find food for your troops at the base. The more materials you collect or the more food you find, the more are the chances of survival and get your heroes powerful like never before!

The collectible card game section of this game involves collecting additional heroes to fight even more monsters. In addition, some heroes can consume the cards of lower-level heroes to get even more powerful, which is a pretty aggressive yet cool move, to be honest.

Each hero has a special skill unique to them, but it could be of offensive nature or defensive (like healing). Matching gems, mana, and direct battles with the monsters, all make this game pretty intensive.

It may sound overwhelming, but the designers of this game have done a good job of advancing features. You gradually move towards more features in the game once you’ve gotten the hang of the basic ones. 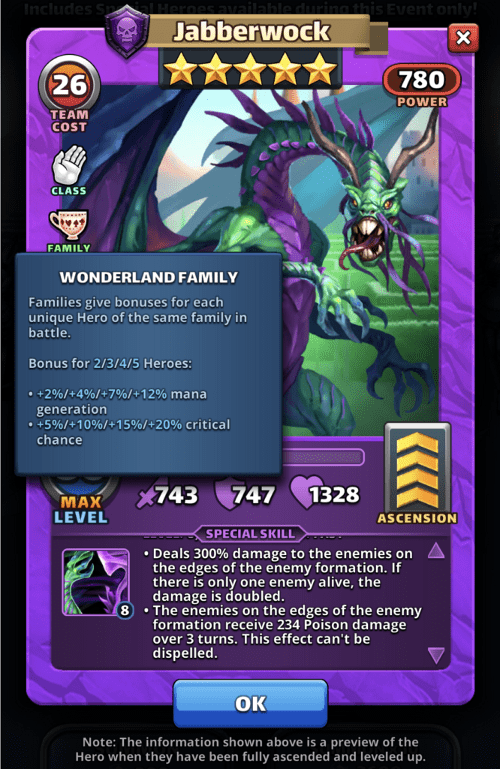 So even though it is complex, it’s not in terms of the gameplay itself but just the learning part. And that very complexity is its biggest strength because you get to taste a little bit of everything in a single game. On the other hand, tutorials can be hour-long, so this game tends to be time-consuming.

You can also join other player’s teams to fight opponents. However, it’s not live-action.

As the game progresses and you advance to the higher levels, the monsters get increasingly difficult to beat. Some may even knock you out in one blow. In such a case, you may have to gain more power or summon more heroes, perhaps. And this is where the cards and the food that you collect comes into play. The more you collect them, the more stronger your hero will become. Else, you might have to move to in-app purchases which can boost your hero’s powers and can easily beat the deadly monsters.

This game is not entirely free as it does involve in-app purchases. Those are typically micro-purchases that don’t cost a lot. However, they do try to persuade you to pay for stuff from time to time, which can be annoying and frustrating too.

The graphics of the game are on point with how the graphics of most mobile games are today. The characters are beautifully illustrated. So in this department, the game deserves a solid 4.5 rating out of 5.

Is it for Children?

Empires & Puzzles is rated appropriate for individuals of age 11 and up. So it’s not appropriate for children below that age. Also, the complexity of the game would be difficult for very young children to grasp, especially if they don’t have a lot of gaming experience. But if they had played enough games like Empires and Puzzles, they’re good to play this game, of course, under parent’s observation.

Empires and Puzzles is only available for Android and iOS users. However, it can also be enjoyed on PC, if you are a PC gamer and loves playing everything on your computer then this guide will help you.

Here we will be installing an Android Emulator on our computer. I know there are so many Android emulators for PC and Mac, but the best one is, hands down, Bluestacks.

So, let get started…

1. First, download and install the Bluestacks emulator on your PC.

3. After downloading the APK file of the game, Go to the emulator storage. ( Where the downloaded file is saved )

5. At last, double click to launch the game & play your heart out on PC with keyboard controls easier than ever before!

Quick Tip:- The easiest way to do the above process is to download it on the desktop and from there drag it onto the desktop of the emulator ( home screen ). After that, the app will install automatically, and you will see the icon there.

How do I install Empires and Puzzles on PC?

If you want to install the Empires and Puzzles game on your PC then follow these steps:-
1. First, download and install Bluestacks.
2. Go to google play store and then search for Empires and Puzzles.
3. Now click on the Install button.

How much money does empires and puzzles make?

In October 2019, Empires and Puzzles reached around 500 million US dollars in lifetime revenue or earnings.

What is the best hero in Empires and Puzzles?

Mother North is the best hero in Empire and Puzzles game according to all users.

How many players play Empires and Puzzles?

Empires and Puzzles have around 1.2 million daily active users and have crossed around 15 million downloads till now.

Empires & Puzzles is a great game that combines different genres and does so smartly. And the combination of the puzzle and battlefield is something rare to see. Be rest assured when it comes to the gameplay as you’ll be glued to your screen right after you start playing it.

Also, the game is practically endless and you will hardly get bored. That’s the best part about this RPG game.

Feel free to share your thoughts via comment and also tell us if you know any better way on How to Download and Play Empires and Puzzles on PC & Mac.