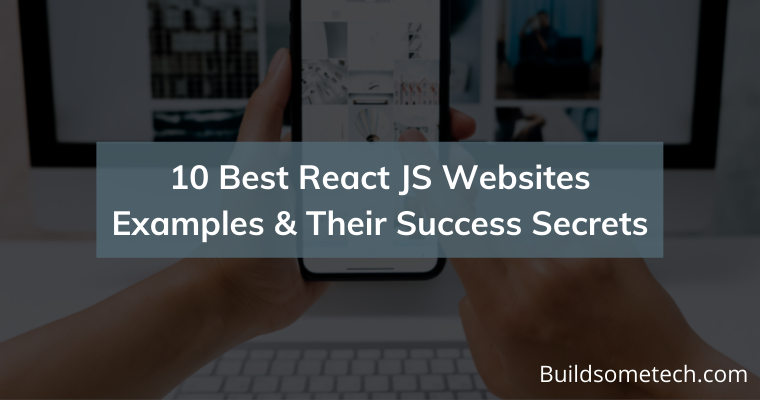 Nowadays, lots of new businesses and startups are coming up online.

And to succeed in this field, they need a solid website that can provide a pleasant user experience.

In that case, React JS ( JavaScript library ) can easily help them.

But if you haven’t heard about it, then it’s basically a free library that is used to build interactive user interfaces. In short, this can be used to build websites and applications which render fast and efficiently.

And the best part is that some of the most popular websites in the world have been built using this tool ( library ).

In this post, I have listed the 10 best sites built with React JS and also about secrets of their success.

But before we dive in further, I want to clarify one thing because I have seen many users get confused between React JS and React Native.

So, React Native is basically an open-source software developed by Facebook ( Meta Platforms ). And it is used to create applications for different operating systems like Windows, Android, macOS, iOS, etc.

Whereas React.js or ReactJS is an open-source library used for building UIs, usually for single-page applications. It handles the view layer for mobile apps & webpages and can be used to create reusable UI components. Moreover, it is one of the most widely used web frameworks by developers. 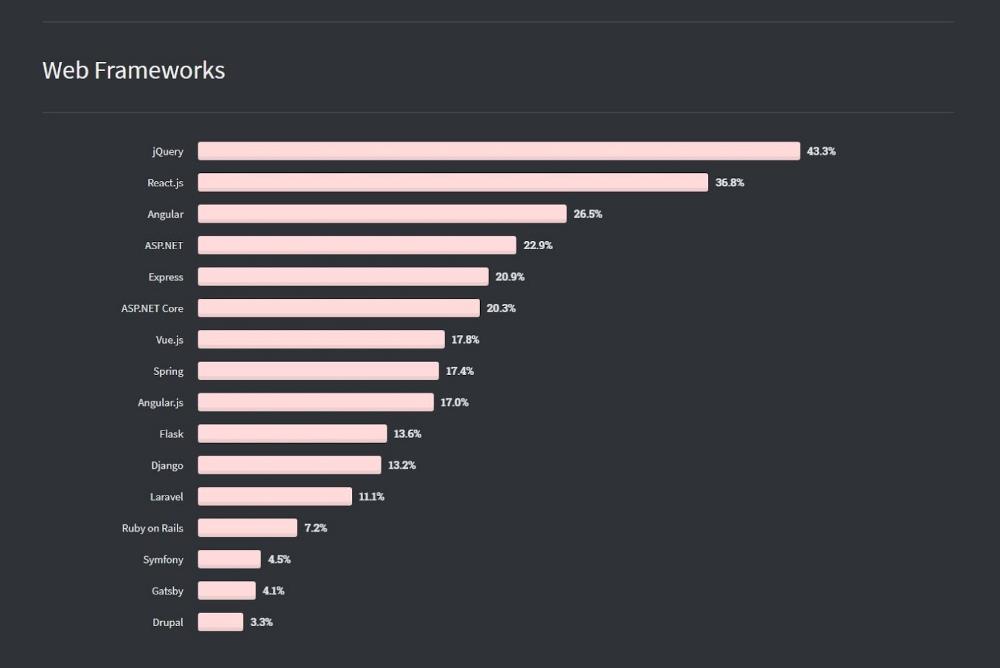 Now, here we will talk about the best websites made with React JS that loads exceptionally fast and flexibly. 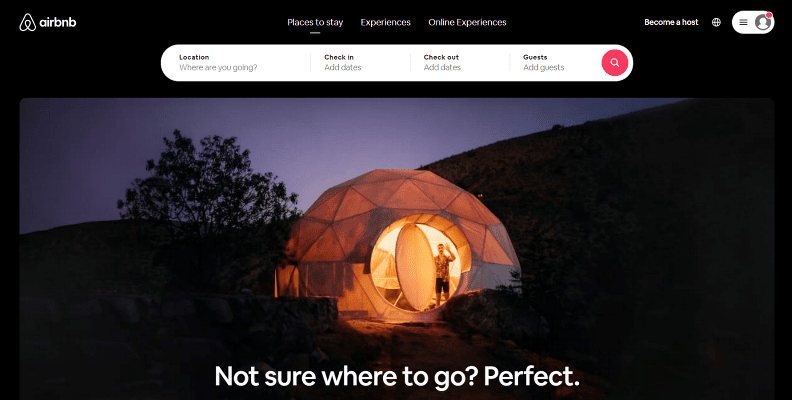 Airbnb is a DIY holiday accommodation rental site that enables anyone to rent a home from a local while they travel. The site originally used Backbone and Handlebars to build their UI, but as the site became more dynamic, they found that they would have to re-render the whole view and use manual DOM manipulation. The best React websites are highly dynamic and easy to change, so they’ve never regretted switching. They also found that React code is extremely reusable, although the learning can be steep.

Asana is a workplace management dashboard used for interdepartmental communication. It’s highly customizable and can integrate with hundreds of apps, including Outlook and Google Drive. Most of Asana’s frontend was written in React and Typescript, which provided the site with stability and improved performance. 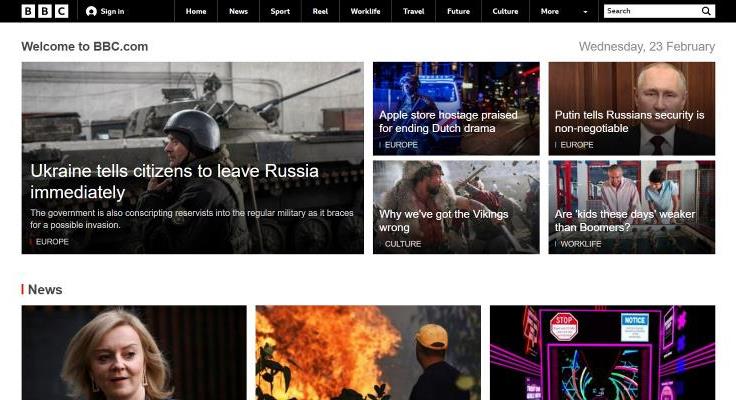 The BBC is Britains’ national broadcaster. The site was very dated and had to be rebuilt entirely from scratch to keep up with modern viewing demands and users. Of course, speed was of the utmost importance, which is why they rebuilt every page as ReactJS Single Page applications that became Progressive Web Apps. This makes the site accessible across devices.

Dropbox is a popular cloud-based file storage application. Dropbox started using React.js in 2020. They found that it was extremely popular with developers, which made it easy for them to roll out changes. Because React.js is open source, developers are constantly sharing new ideas for Dropbox within their communities, which benefits the website. 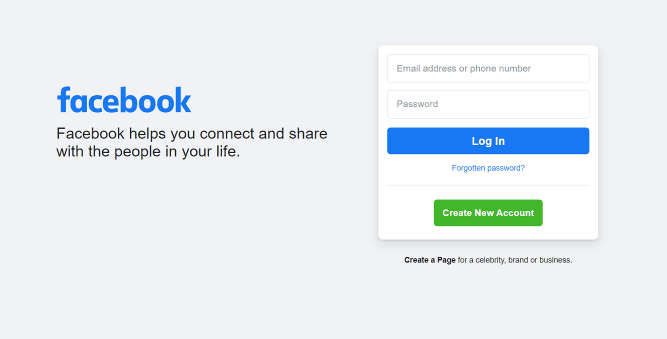 Facebook is the world’s biggest social networking application. Facebook’s webpage is built with React.js, and the mobile app is built with React Native. Facebook actually created the React library. They use tens of thousands of components, which is why React was the best solution for them to use. 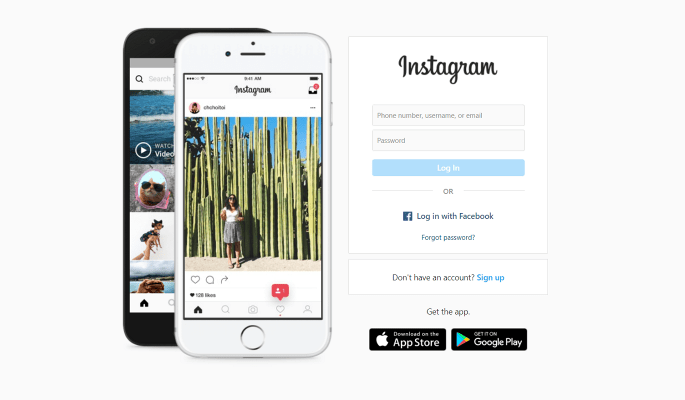 Image-based social media app Instagram started using Reactive when they built Push notifications and now they deliver the whole app using React and React Native. And after shifting they found that both the Android and iOS applications were loading at lightning speed with more flexibility.

The Netflix UI is written almost entirely in JavaScript across all consoles. They decided to start using React.js and a host of other backend technologies. Although, Netflix still uses React on both server and client but when they that the client side portion was needed for the first interaction, so they postponed the client-side for React. 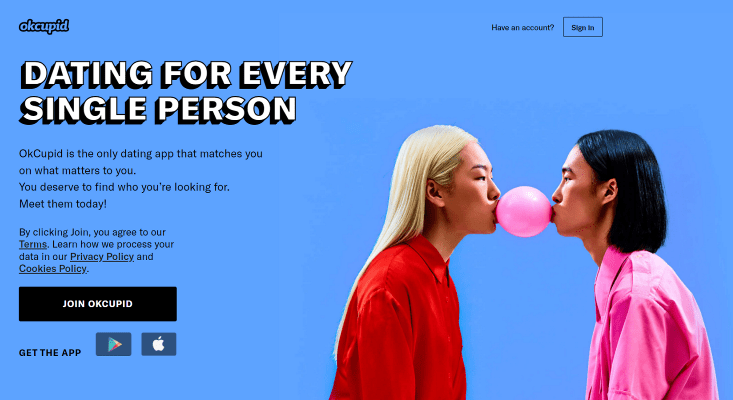 OkCupid is a one of the most popular dating site. But both the mobile and desktop sides are multi-page applications. The HTML of each page loaded is generated server-side, and rewriting the entire site as a single-page application would take months. The site decided to upgrade feature by feature using React, which also gave them more room to adapt along the way. 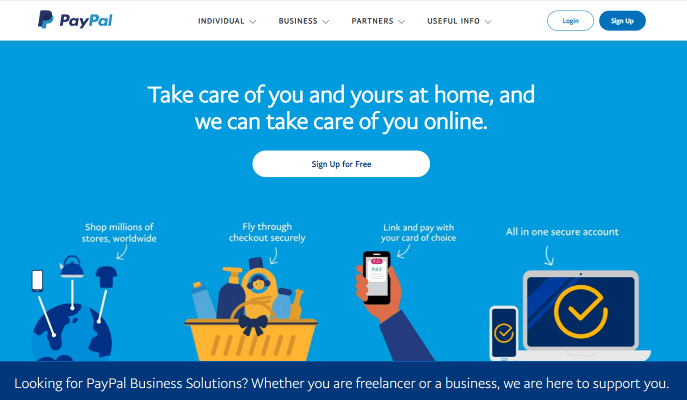 PayPal is another great React website example. If anybody wants to use Paypal on their website then they don’t need to set up a payment server. Simply, implement a React component with the Paypal business logic and reuse it whenever you need it.

Postmates is a food delivery app that makes it easy to get food, groceries, and alcohol delivered to your door. They use React and React Native for their code re-usability and suitability to cross-platform apps.

Why Do these Companies Prefer React.js?

We’ve looked at some of the world’s best React websites – but why should you use React for your next project?

Here are some of the benefits of using React.js:-

Is React JS good for websites?

Yes, React JS is good for websites because it is amazingly fast and renders quickly. Also, these days it is one of the most popular javascript libraries.

Which big companies use React JS?

Is Netflix built with React?

Yes, one version of Netflix is built with React for their platform known as Gibbon which is mainly used for low-performance TVs and other devices.

What do all of these highly-acclaimed websites have in common? They are fast, user-friendly, constantly evolving, and innovative. Their secret is the React JS language that enables you to build fast, efficient, and stable user interfaces.

And if you want your website to be featured alongside the best websites that use React JS in the world, get in touch with top React JS developers and make your dream come true.

Feel free to share your thoughts via comments and also tell us about this post on 10 Best React JS Websites Examples & Their Success Secrets.