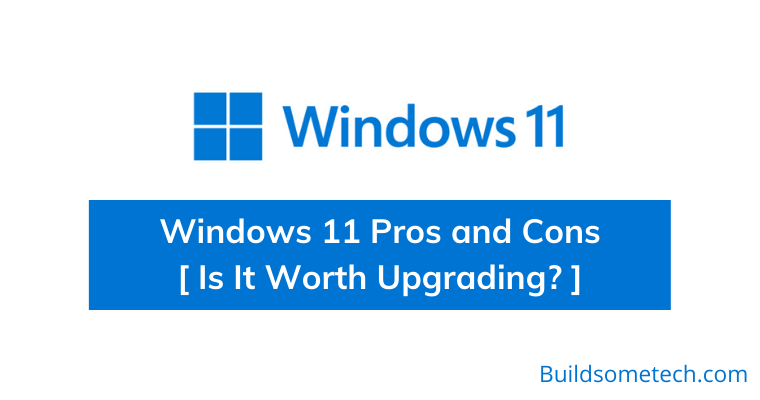 Searching for Windows 11 Pros and Cons?

With the official release of this latest OS, everybody wants to know about it in detail before installing it.

And this time Microsoft has added lots of gaming features and has also added some major useful changes to it.

And the best part is that all Windows 10 users will be getting a free update.

Moreover, if you are thinking of updating it now then I would suggest you to also check out our previous article on Is it worth upgrading to Windows 11?

So, that you can know everything about this operating system in detail.

And in this article, I will tell you about every Pros and Cons of Windows 11 one by one in detail.

Windows 11 Pros and Cons [ Is It Worth Upgrading? ]

Although, I have already talked much about this latest Windows 11 operating system by Microsoft. This version has been very popular after the first-gen release because of its modern and simple user interface. Apart from this, it has lots of good or bad features when compared with Linux and macOS.

Moreover, this time Microsoft has done a great job in adding new features as compared to the previous version of Windows 10. But before upgrading, I would suggest you to check out our post on How big is Windows 11 where I have also shared about the size of the download and update.

Now let’s get started with the Pros first.

Here, we will talk about all the pros of this operating system. And if you are thinking Windows 11 is all about the new Home screen then you are completely wrong. Because it has lots of good and useful improvements which will definitely give you amazing benefits and advantages.

So, let’s see what are they…

You will see a lot of transparency on the Home page of Windows 11, it has been given a glass-type look. The esthetics looks very good and new. You will witness the background blur and drop shadows which look extremely nice. Corners Are rounded too and it is nicer and sharper than Windows 10 for sure. The user experience is very simple and smooth. Transparency can also be seen on the desktop elements. This UI is extremely nice.

Also Read: How to Make Taskbar Transparent in Windows 11 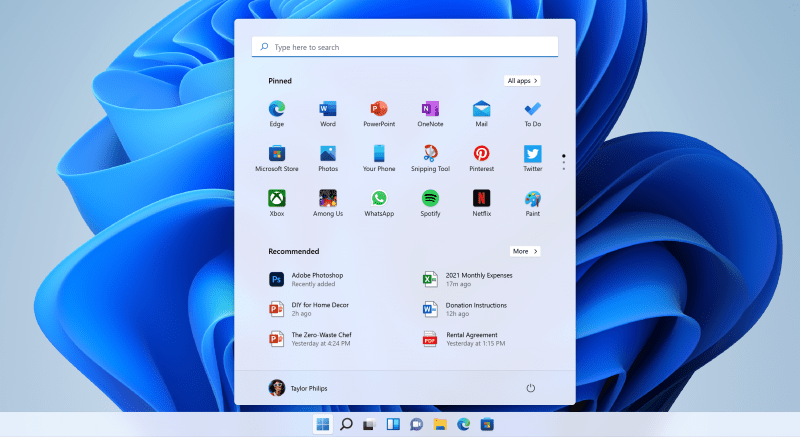 If you have ever seen a Linux or macOS desktop environment, the taskbar elements are always in the center. Windows now also have all the elements in the center. according to me it looks dope and gives a nice UI feel. On Windows 10 the icons used to be on the right and left sides. Many users are going to like the centered taskbar look. Comment down if you liked it too.

And here are some Quick Tips and Tricks for Windows 11 Start Menu. 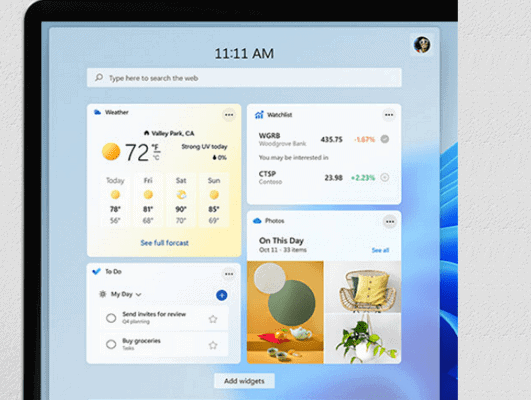 Informational Widgets are quite useful as they provide info about the weather or any breaking news, Weather widget is quite famous. Microsoft has updated the widgets with every next-gen operating system. Windows 11 has widgets in a particular pane, you can slide it in from the left side of the screen. Widgets are now more of providing useful information rather than just sitting on the desktop. You can use them as mini-apps for sure. Some users are quite a fan of these widgets.

Also Read: How to Move Windows 11 Taskbar to Left Side

The other big change is, you can use android apps on Windows 11. Yes, you heard it right, all the apps you are using on your phone can be used on your computer too now. Windows 11 now supports all kinds of android applications. You can play android games without using any third-party software. Everyone is talking about this feature. This feature will make things easy for many users as people used to use emulators for installing android apps on their PC.

Xbox and PlayStations run big games very smoothly because of the DirectStorage support. It allows your CPU to directly connect with the storage. If you have an SSD on your computer then get ready for experiencing nice quality games smoothly. DirectStorage makes your PC faster while playing games. We have already talked about this gaming feature in previous articles.

Auto HDR is another major Add ons for gaming. Microsoft has tried its best to provide an Xbox-like gaming experience. Auto HDR converts the picture quality by adjusting the levels automatically. You will need a monitor which supports HDR for using this feature. 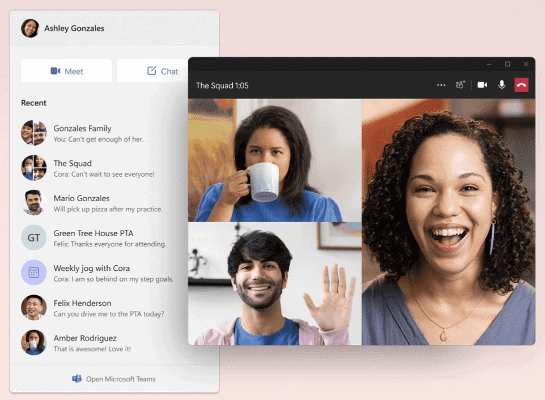 Microsoft Teams has been added to Windows 11 as a pre-installed application. You are just one click away to start video conferencing with your friends and family. You will see the Microsoft Teams icon on the taskbar. This application is also a good addition to a nice experience. You can disable this application from the settings if you don’t want to use it. Microsoft has done everything to make this new Windows OS completely different from Windows 10.

And Done! We have talked about all the Windows 11 Pros and now it’s time to check out some Cons of this operating system in detail.

Now let’s get started with the Cons part.

Here, we will talk about all the cons of this operating system. And if you are thinking after all this there will be no Windows 11 cons then you are completely wrong. Because it’s not only about adding new features but also they have to remove some useless features that are not used by most of the users.

Some drawbacks and disadvantages which I would like to mention here are that they have removed 3D Viewer, Internet Explorer, and Paint 3D.

So, let’s see some more of them…

Windows 11 surely makes your desktop very fast but there are some basic system requirements. Modern Processors and GPUs are quite expensive nowadays. It’s very hard to find a nice GPU at a reasonable price. If you are using an old processor anything below 6th gen then you may not be able to use Windows 11. It requires a GPU that should be compatible with DirectX 12 support at least.

And even some 7th generation CPUs are facing incompatible issues but we have found some good solutions for fixing Intel i7-7700K on Windows 11.

Skype was the first application in Windows which allows free video conferencing. One skype feature which gained lots of popularity was Meet Now in Windows 10. But now all its popularity is lots because of new advanced platforms like Zoom and Google Meet. And that’s why Microsoft has officially integrated the Teams to this operating system and replaced it with the skype platform completely. Some particular users used to like Skype a lot, removing skype can be a con for them.

Windows 11 taskbar is completely different from previous Windows, it may look nice but from a usability perspective, it has been downgraded. As the usable area is quite less as compared to the old one. You can’t move your taskbar icons to any side now, they are stuck in between. It should be customizable but there is not an option for changing it. Middle clicking on an icon doesn’t launch new instances of already running apps.

Also Read: How to Get Windows 10 Start Menu in Windows 11. 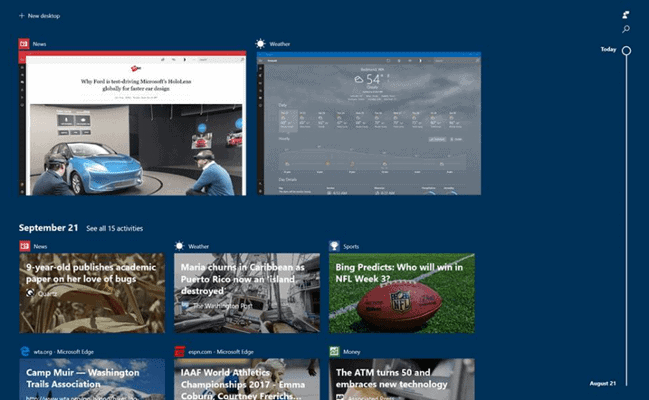 The timeline has been removed in Windows 11. The timeline was quite a good feature as you can see the tabs, apps accessed, docs accessed, basically keeping track of everything. It is a nice feature helping in being an organized user. People kind of like this feature and if you are one of them then I would suggest you to first read Should I upgrade to Windows 11 and then decide if you upgrading it or not. The previous version of OS has this feature and in my opinion, it should not be removed. And Microsoft should think about adding it with a major update. 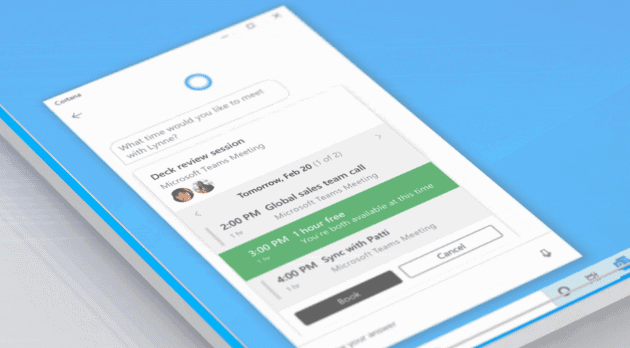 Cortana is Microsoft’s tool against google assistant and amazon’s Alexa but it has been removed from Windows 11. Users used to interact with Cortana by voice and get info about some things. It was a useful feature for sure. If you liked it, you can easily download it from the Microsoft store.

Using Snap Layouts you can quickly change to any layout or windows. This feature is introduced in Windows 11. You can also create layouts in Windows 10 by installing Microsoft PowerToys software. It is not as simple as Snap layouts but it is also not hard to use. There is more delay in changing layouts now. You can snap windows by hovering the mouse over a Window’s maximize button. You will have to wait for a few seconds.

We can see that Windows 11 does send information to Microsoft about our computer. It also sends information about how we use our PC, Microsoft says that the data is used for providing a better experience. If you are using Windows 11 Home edition, you will have to log in with only a Microsoft account. You can use a local account on the Pro version of Windows 11. Windows 11 desktop widget will also use an AI to present tailored info based on your interests. If you have a concern about your data then you think about this before upgrading to Windows 11.

There is a possibility that you will not be able to use Windows 11 even after having a capable GPU on your computer. Microsoft has stated that Windows 11 needs new hardware for the best experience. The major problem is TPM 2.0 chips compatibility. New processors have this chip but many old processors do not have these chips. If you are using anything below 7th gen then you can’t run Windows 11. If you are sure that you have a TPM chip on your PC then I would suggest you to check how to turn on TPM 2.0.

And Done! We have talked about all the Windows 11 Cons and if you are really facing any TPM issues then I would suggest you to check How to Install Windows 11 without TPM 2.0.

So, that’s all about the Pros and Cons of Windows 11 and also I would be really happy if you tell us any more features which should be added to both the lists. Also, don’t forget whether you like it or but if you have want regular updates then you will have to upgrade to Windows 11.

Because after some time Microsoft will stop giving the featured and security updates to the Windows 10 version. And it’s totally up to you, if you want to then you carry on with this OS till 2025.

Feel free to share your thoughts via comments and also tell us about this post on Windows 11 Pros and Cons [ Is It Worth Upgrading? ].

All Image Credits to Microsoft.com